Microsoft and 343 Industries have kicked up a new wave of marketing for their upcoming Halo 5: ~Guardians~ through a Tumblr profile “Hunt the Truth”–I’m sorry–HUNT the TRUTH.  It’s sort of in the style of the old ARG “I Love Bees” during the days leading up to Halo 2’s launch.  Given the ways 343i has taken to obnoxiously dividing up narratives within Halo across varied forms of media (and because of sentimental and outright nerdy reasons), I’ve decided to follow everything Halo-related as closely as I can, if only to keep the continuity straight.  These days I follow Halo news and theories through the intensely dedicated fan website Halo Archive via their Twitter feed.  I also found a YouTube reviewer for the Halo Escalation comic so I don’t have to go out and actually spend money on it.  I’m glad I did.  The comics are hit-and-miss at best in both the writing and art departments.  The series is mostly a collection of vignettes that don’t really go anywhere, although there have been a couple of events within them I’m glad I’ve been brought up-to-date on.  Chances are they will be referenced in other Halo material later on without any context and I’d be confused otherwise.

Part of HUNT the TRUTH is a weekly series of audio logs from an investigative journalist within the Haloverse looking into the background of the Master Chief.  There was a 00 “primer” last week, and this past Sunday(?), they released episode “01”.  And boy, oh boy, do I have opinions on it.  Currently, the idea is that, when I’m not at work, I pretend to work on the breakdown analysis of 01 “A Hairline Fracture”.  It’s also reminded me of all the other Halo posts I’ve been meaning to write since forever ago, including book and timeline guides/outlines, analyses of games, stories and characters, and so forth. 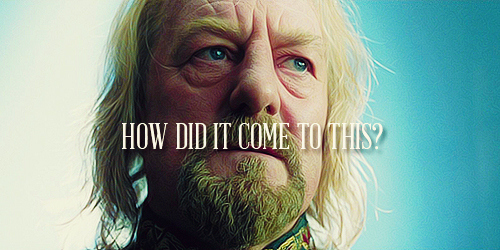 Free time for entertainment has been spent mostly on breaking down, buying a Wii U, and playing a craptonne of Hyrule Warriors (I’m going to have to talk about that and Dynasty Warriors 8 at some point), as well as playing the Homeworld Remastered Collection.  Homeworld was an important game for me as a kid, so I’m going to have to cook up a few words on that as well.

I also landed myself an infamous and maligned “Xbone” so I could get my hands on the Master Chief Collection.  But there’s been a problem.  Out of all the awful features of the console that I was painfully aware of (several of which were cut before launch, at least), the fact that the console was “HDMI only” somehow slipped my radar.  I only have an SDTV that’s older than I am.  I’ve tried AV adapters to no avail, but I did my research and knew those only had a 50% chance of working at best.  So until I get a new TV, Halo 2 Anniversary content and the Halo: Nightfall mini-series are out of my reach.  Nightfall is on DVD now though, but I’ve heard reviewers say it’s pretty terrible, so we’ll see.   Needless to say, the Wii U has brought me vastly more joy since (with the help of a Wii AV cable) it works on my TV.  Although I’ll need to upgrade anyway because the pixel count is lower than 480, I’m straining my eyes to make out details and text designed for 480p and up, and nothing formats properly to the screen–not even 4:3.  (I also don’t have a spare computer monitor with an HDMI port to act as a temporary substitute, in case anyone is wondering–my PC is a laptop.)

Armchair Designer episodes are cranking out slowly but surely.  We’ve moved from publishing on a weekly schedule to the 1st and 15th of every month.  But the recording of our most recent episode was corrupted and we completely lost it.  It was extremely demoralizing.  We’re working on each getting our own recorders so we have back-ups next time.  Show annotations for episodes 4 and 5 will come, but those episodes are available for listening.  It’s definitely been a season of growing pains for us.

That’s all for now.